Red Dead Redemption 2 came out in 2018, two years before the launch of next-gen consoles. To this day, it is still the closest thing to a next-gen experience I have ever seen, despite being built for older, less powerful hardware. I think it’s the benchmark that engineers had in mind when implementing and iterating on next-gen features, mostly given that it is, in and of itself, an exemplary case of what the new generation is capable of.

There were lots of different buzzwords that we heard on the regular while the new consoles were coming towards the end of their pre-launch marketing cycles. We had features like Smart Delivery and Quick Resume, but I think the word I heard most often was “seamless”. Loading screens were due to become a relic of the past, as powerful SSDs made connecting the individual parts of a cohesive world easier and tidier than ever before. The jigsaw was due to become the portrait.

When I think of a game being “seamless,” I definitely reckon it’s worth talking about load times. If you’re stuck on a menu screen for two minutes every time you go into a house, the seams of the illusion come loose very quickly, so naturally shorter load times make the world feel more coherent. 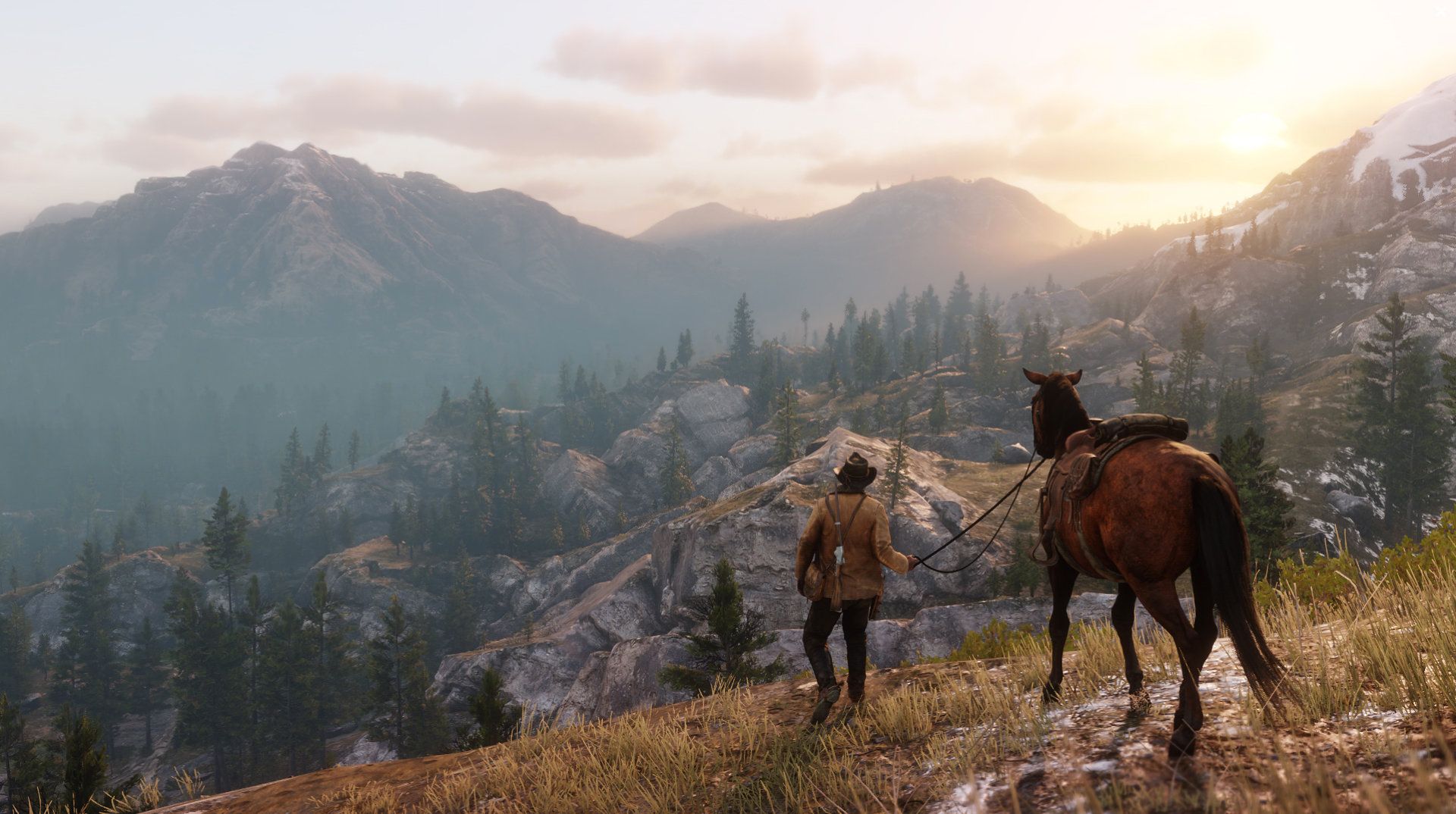 But I think the real key to seamless design is integration. It’s when you put together a world that actually understands itself enough to function on its own. With or without your input, the seams are all wonderfully woven together – but they’re not static. They’re always circling around one another like a thousand strands of fine velvet shimmering in a light breeze, dynamic and demonstrative of a kind of longevity most other created worlds lack.

The fact is, nobody does it quite like Rockstar – and I’m not even a huge Rockstar fan. I like Red Dead Redemption 2, but I haven’t played it since it came out and I’ve never played Red Dead Online. I finished GTA 5 seven years ago and never touched it again. That doesn’t mean I can’t admit to how immensely well-designed the worlds of these games are. I think the metaphor I used above is the best way to describe the way in which they’re largely superior to most other virtual worlds. If a game is a jigsaw puzzle that constitutes thousands of parts, a Rockstar game is a painting in which you can’t see the shapes of each piece. These games are glossed over with a magical sheen that makes them everything a next-gen game is apparently supposed to be – they’re completely, unequivocally seamless.

The devil is in the details for this sort of thing. In Red Dead Redemption 2, wolves will mourn members of their pack who have been killed, solitarily howling into the night sky. When bucks fight, their horns get tangled – something that happens in real life, after which the surviving one normally starves. Small birds scoop up snakes and carry them through the air, while larger eagles pluck rabbits up from the meadows. Rockstar actually put together an entire video of animals in Red Dead 2 mimicking their real-life counterparts, and it’s frankly incredible.

We all talk about how gorgeous Red Dead Redemption 2 is, and that’s fine. The whole world is stunning, teeming with all kinds of beautiful scenery to drink in. To be honest, it’s probably sufficiently good-looking to be mistaken for a next-gen game. But that’s not what I’m on about when I say that this is the best example of next-gen capabilities I’ve seen to date. What I’m talking about has to do with the fact that this world is a world. It has rules, and dynamics, and systems that emulate the ordered chaos of grandiose nature. To use that word I keep talking about – it’s completely seamless almost all of the time. And I think that’s what we expect when we talk about next-gen – it’s funny to think we already had it two years before the new consoles even launched.

People always bang on about GTA 6 – which was recently teased in GTA Online. What about Red Dead 3 somewhere down the line? The fact of the matter is that with Red Dead Redemption 2, Rockstar has already delivered something that will survive for years before showing even the slightest signs of aging. It was a next-gen game before next-gen existed, and it will probably continue to be the best example of next-gen design for quite some time – maybe even until Rockstar decides it’s high time to bring out something new.

Next: When Cyberpunk 2077 Works, You Can See Just How Good It Almost Was 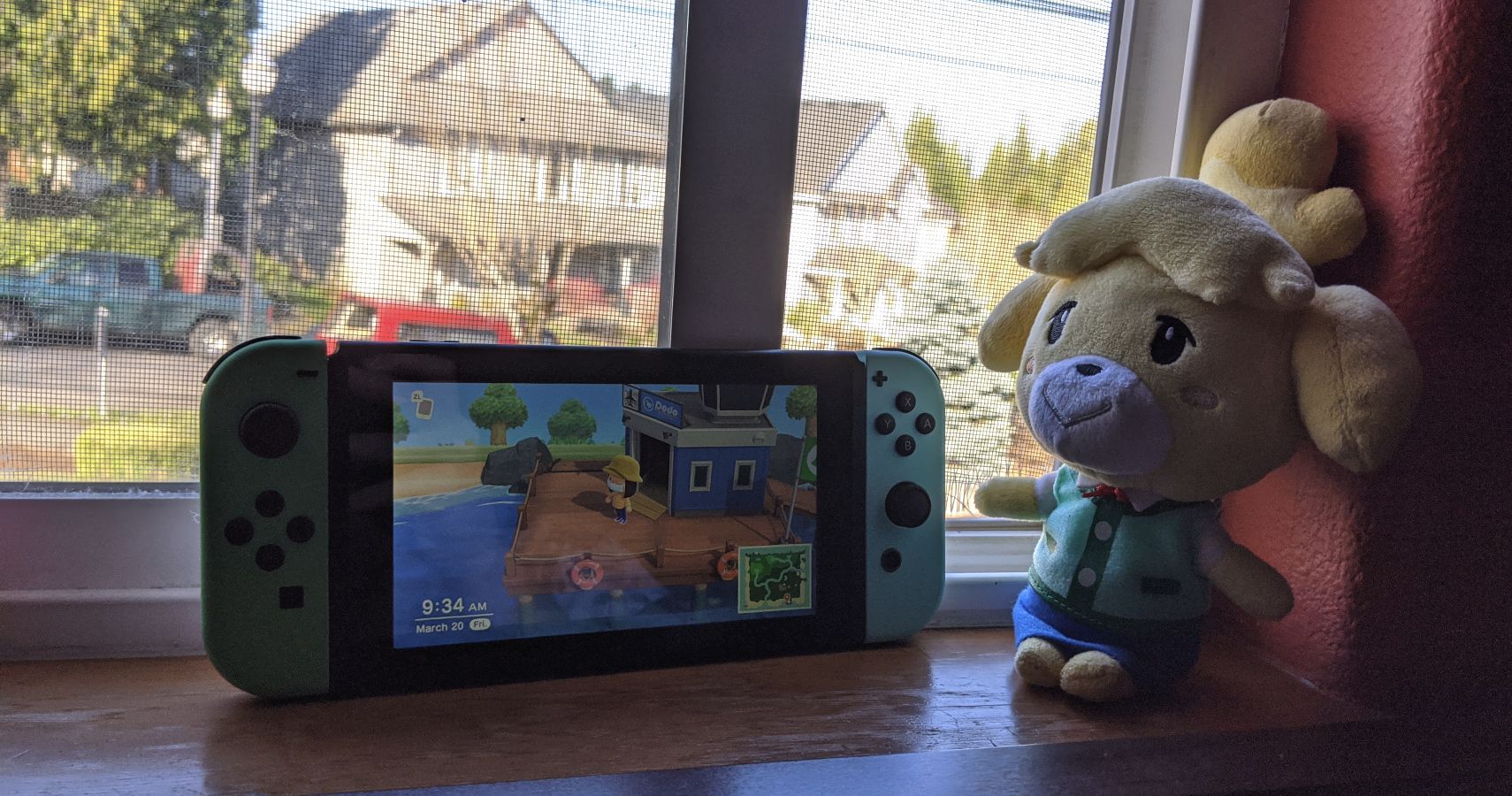