“Death is not the opposite of life but an innate part of it. By living our lives, we nurture death.”

2020 has been a real stinker of a year, and I think that’s something else that we can all unanimously agree on. With news of a vaccine circulating all over the world over the last couple of weeks, people have started to talk about having another crack at things that didn’t go as planned this year. 2020 was a write-off, they say, a total nightmare. I agree.

But that’s got me thinking about the year in retrospect, which has led me to the strange realization that loads of the games I derived the most comfort from this year were actually kind of grim. Not the whole way through, mind – most of them also had some really lovely moments. Still, I can’t help but notice that some of the most affecting experiences I’ve had in 2020 came from games that didn’t necessarily offer an escape from reality, despite the fact that common sense often had me believe that was exactly what I needed. In hindsight, I’m glad I eschewed early temptations to dive into an all-consuming MMO in order to play the games I found myself being drawn towards. 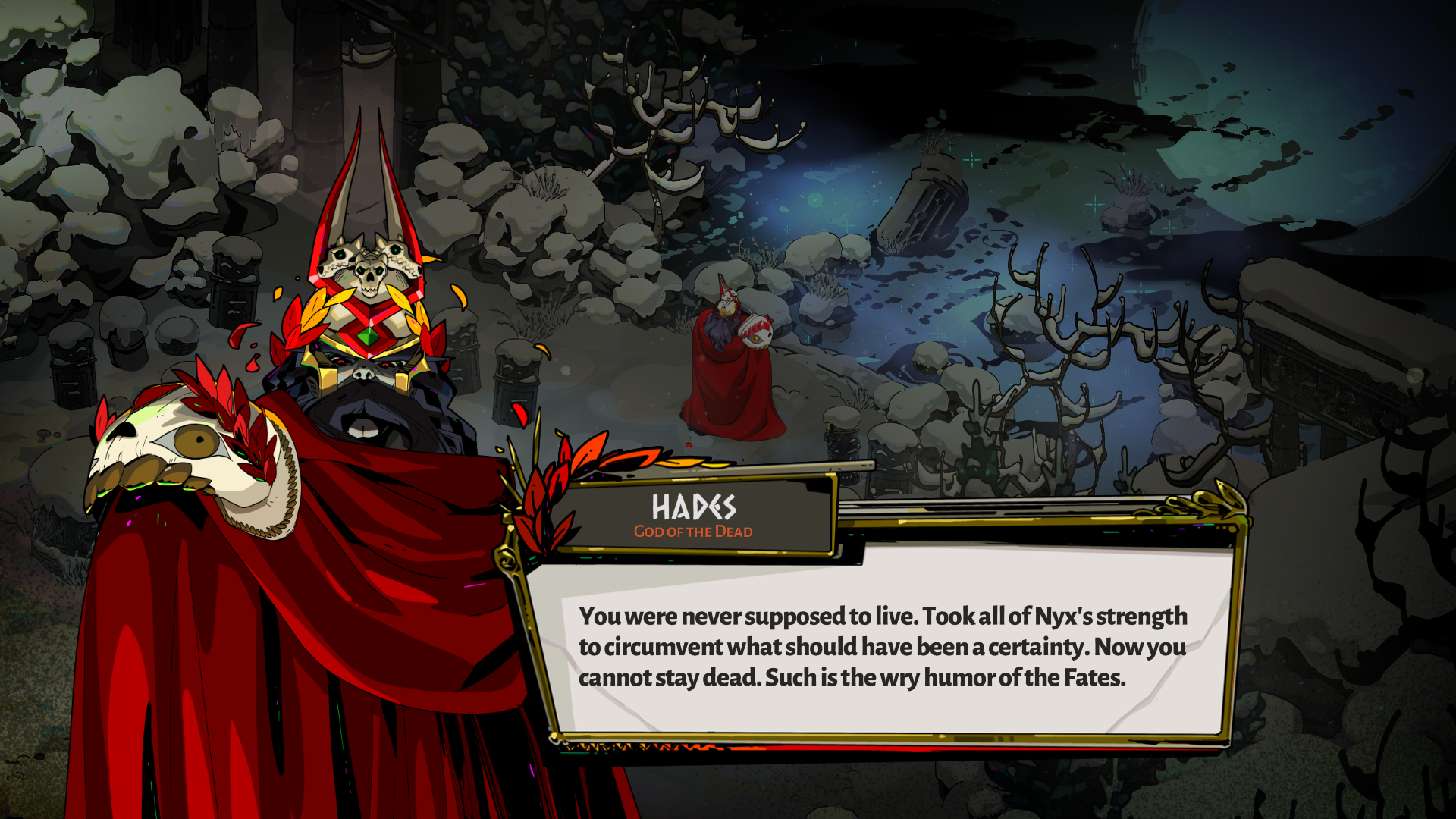 Speaking of escapism, my absolute favourite game of 2020 quite literally boasts the slogan, “There is no escape.” Hades, developed by Supergiant Games, is almost inextricable from death, to the extent that it’s a core mechanic in the game – but death in Hades is different. Every time you die, you’re brought back to the bottom of the Underworld, but it’s not necessarily a failure so much as it is an invitation to try again. It sort of reminds me of how much of a weird limbo year 2020 was in general.

Like I mentioned earlier, people want to have another crack at things once we return to normality – I think Hades is an exemplary case of why trying again is always worth it. “There is no escape” became a paradoxical reminder that yes, there is an escape. It’s not easy to get there, sure, but it becomes easier over time. I don’t think Hades could have possibly come out at a better time than it did because it inadvertently displayed an astute understanding of the absurd world state it launched in.

Hades is just one game, though, and its treatment of death as a mechanic obviously lessens the emotional impact of it as a force we actually reckon with – we’re not all immortal gods. Spiritfarer from Thunderlotus is on the complete other end of the spectrum here, despite also dipping its ankle in Greek mythology. It specifically tasks you with grappling with every single aspect of death: memories, regrets, and the painfully indelible last moments spent with a loved one – or tragic lack thereof. 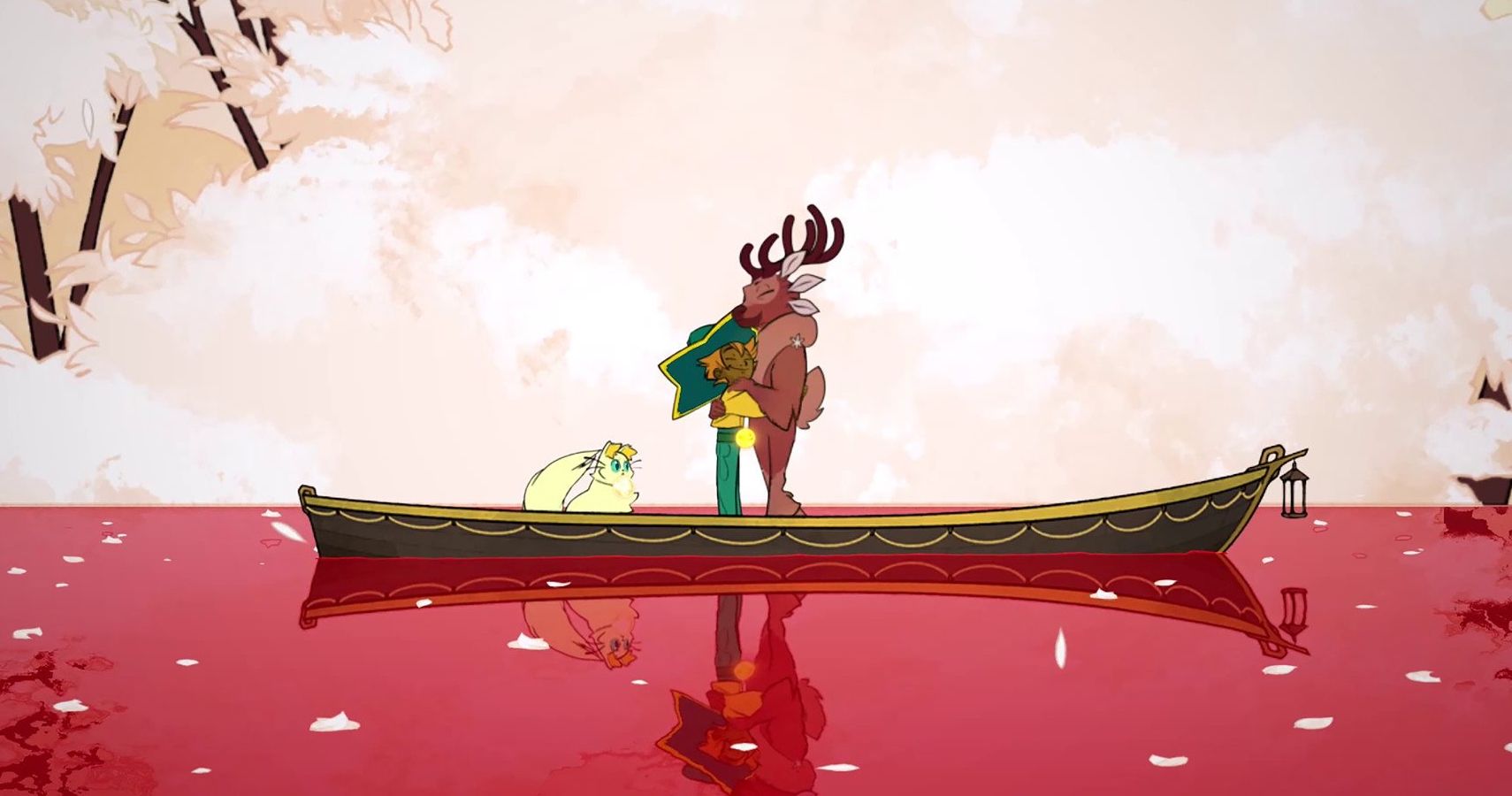 In Spiritfarer, you play as a young girl named Stella, who is charged with taking on the role of Charon to ferry spirits along the blood-red waters of the Styx. But it’s not just a one-way trip from pick-up to drop-off – these spirits sail with you, get to know you, and ultimately learn to consider you as a dear friend that they can rely on. By the time they’re ready to go, there’s a good chance you might not be ready to let them go. And yet, you know that’s exactly what you have to do, and so you learn that death is never really about what you allow to happen – on the contrary, it’s a force that is almost unbelievably out of our control. I’m sure all of us have had to grapple with that fact in our own unique ways – Spiritfarer does a pretty great job of highlighting that just because said ways are unique doesn’t necessarily mean that they’re something we have to go through on our own.

I Am Dead is another weirdly comforting one. You play as Morris Lupton, a former museum curator who recently died on the tiny English island of Shelmerston. At the beginning it feels intensely lonely – nobody can see you or hear you, and so you just sort of wander aimlessly along a tranquil beach. Then the game does something remarkable – or, perhaps more accurately, it does two remarkable things that should be completely at odds with one another. I Am Dead perfectly demystifies death without making it scary. It delves into just how arbitrary our memories of those we have lost are – but there’s extraordinary power in that arbitrariness. A yoga retreat in Goa, a medal thrown into the sea, a golf ball smacked into the clouds above from the lofty lantern room of a lively lighthouse- this is a game that understands that life in retrospect is lived in vignettes, momentary snapshots that are visible with stunning clarity. The more I played, the more it simultaneously charmed and stung me – I think that is, in and of itself, a feat that is worth marveling at. 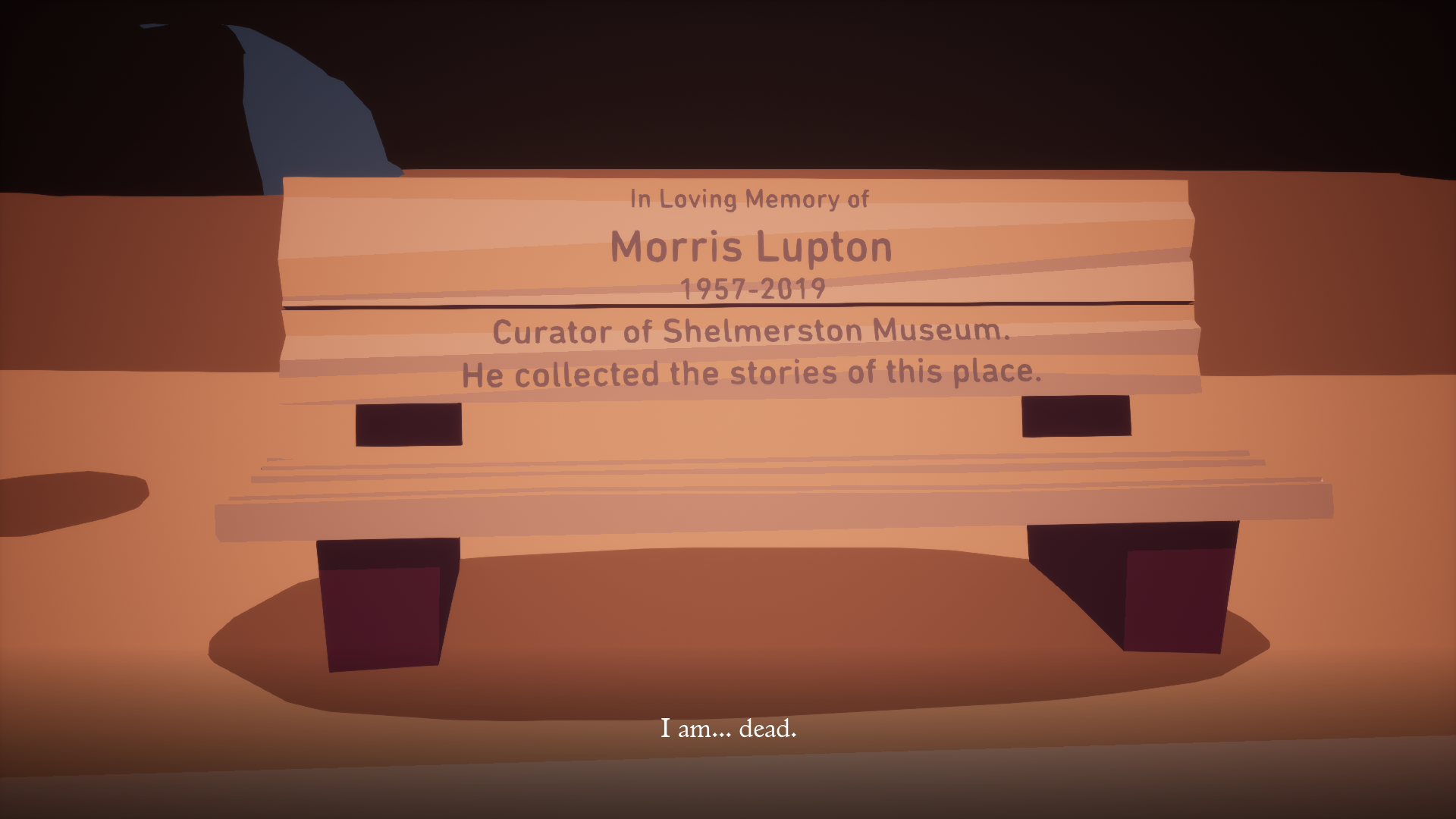 Although Hades is my favourite game of 2020, this next one is probably the one that hit me hardest in terms of how it handled its subject matter. When I first booted up Necrobarista, I was enticed by a few elements of it: the visuals oozed style, the soundtrack slapped hard, and the pacing felt manageably eclectic. It was fairly upfront about its dealings with necromancy – shocker! – but I felt it like it was more of an aesthetic choice than anything else.

I won’t spoil Necrobarista, but I will tell you that of all the games mentioned in this article, this is the one that made me want to write this article. It was playful without ever becoming trivializing, difficult without ever becoming harrowing, and magical without ever becoming superficial. It focused on those left behind without losing sight of those we remember, and I think that’s something that most other stories aren’t very good at properly capturing. It’s immensely true to itself, and I think that’s what makes it something we can genuinely relate to – it’s never forced, and that enables us to elicit comfort from it even when it’s at it’s most difficult. Who knew a game that combines necromancy with coffee could gut-punch you with the force of a thousand suns? 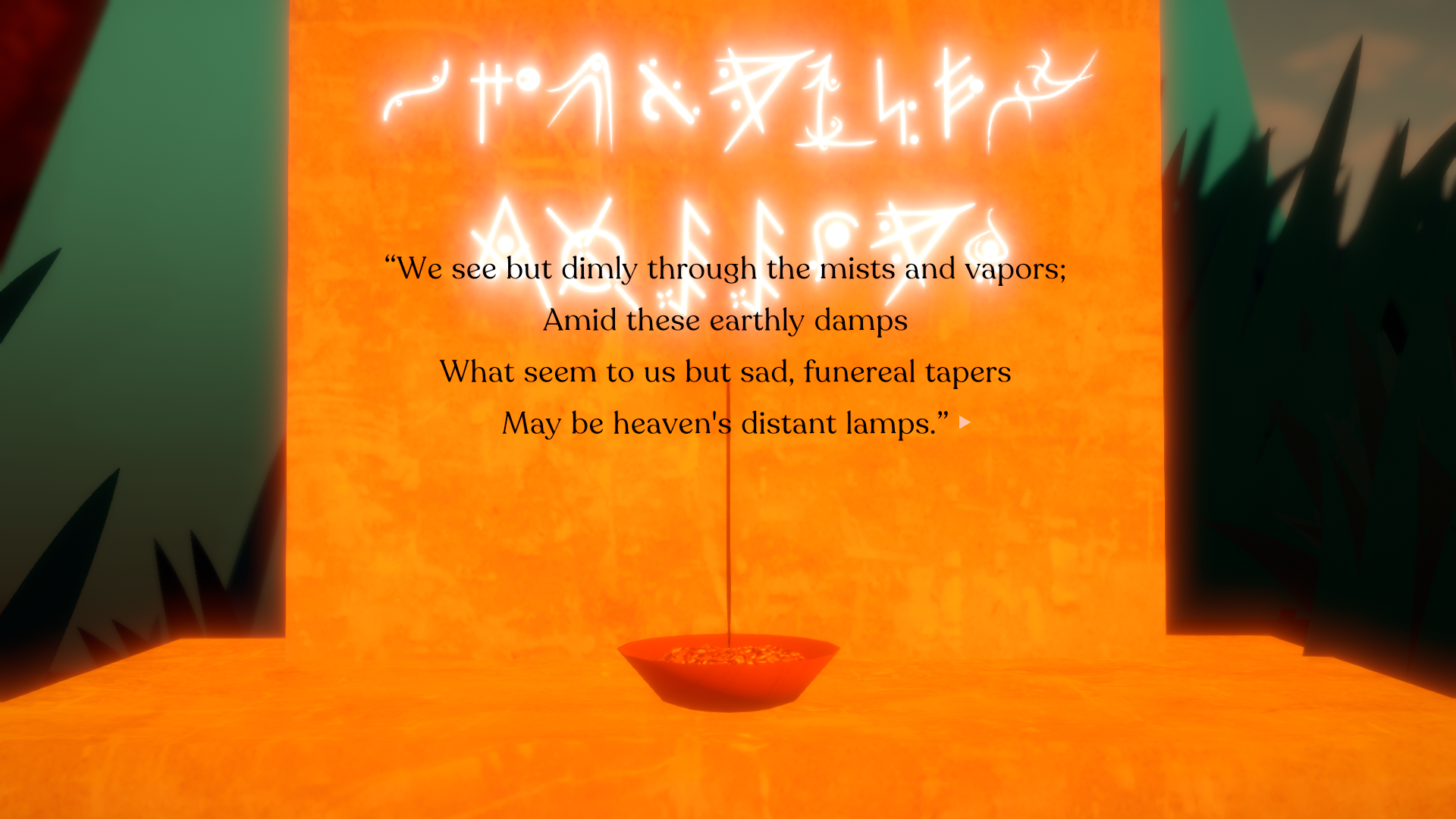 This was a tough year for all of us, and in most cases that’s because of much more than having to stay at home. I think we all had a bit more time to get lost in ourselves this year – for me, personally, embracing that and everything that came with it made me feel a whole lot better than attempting to escape from it. It may be because of other things that happened this year, or maybe it’s just an arbitrary link I’m drawing between four games, although I don’t believe either of those things are truly the case. This year I drew solace from games that dealt with the most final and difficult theme of all, because they were smart and sincere in the message that theme almost always communicates: life goes on, and will always get better.

Next: Dragonspine Is Proof That Genshin Impact Is Going To Be Around For A Long Time 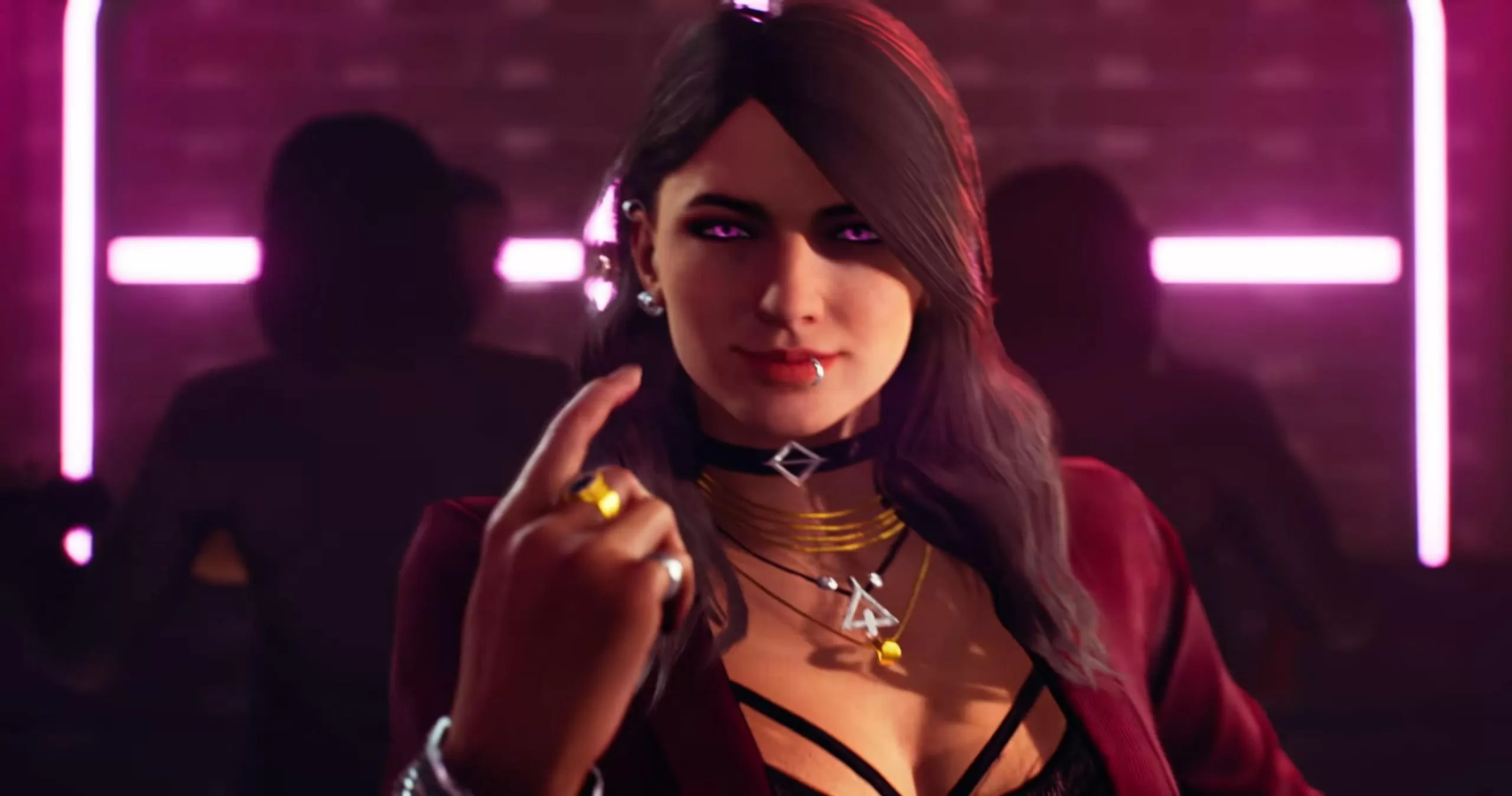