Like the majority of advances we’ve made as a human civilization, weeaboos and furries are slightly ahead of the curve when it comes to embracing emergent trends. The metaverse is cool and hip in 2022, and by that I mean that an endless number of corporate entities are eager to twist the digital landscape into a hive mind for business meetings, cryptocurrency, the blockchain, and just being a bit shit. Capitalism will always be predictable.

The future certainly doesn’t look bright for the metaverse right now, but some of us have already been living in it for quite some time. I’m talking about VRChat, a free-to-play application that changes social interaction in games forever, and it’s already been around for years. Anime girls, sentient tanks, and lanky aliens have been raving in virtual nightclubs while the metaverse has been finding its feet, and it’s already capable of so much more.

I first jumped into VRChat back at university, having just bought a Oculus Rift and seeing a number of viral clips that made the application feel like a weird and wonderful place to lose myself in. It is absolutely wild – so much so that newcomers will immediately find themselves swallowed up by an experience filled with memes, custom servers, and a level of approachability that is also representative of the cultural status this game has cemented. 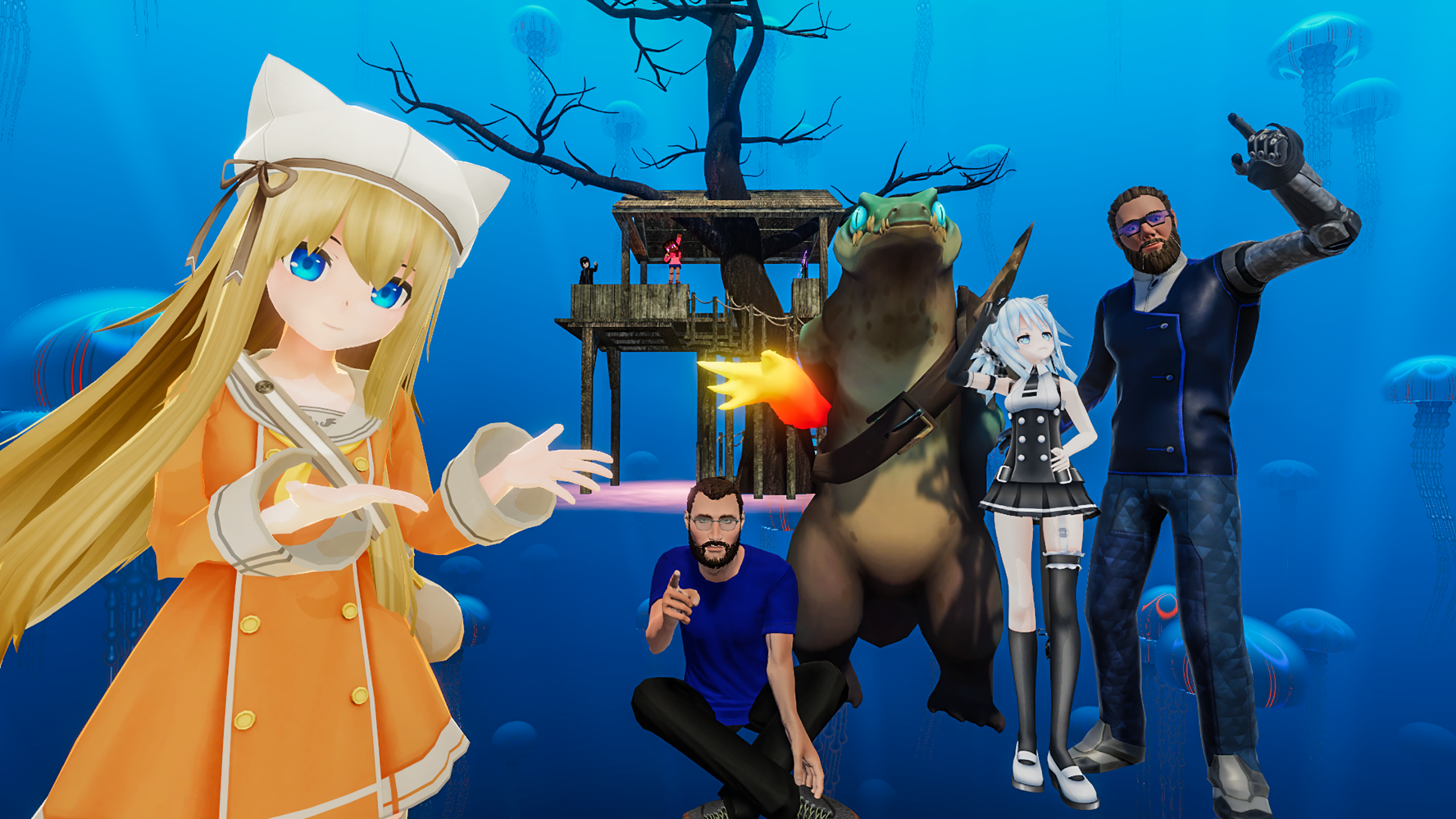 When you first sign in, it’s clear that the developer has tried to sanitise the platform, encouraging you to pick from a selection of relatively tame avatars that aim to depict real people alongside a selection of generic yet eccentric characters. You pick a standard model and dive into a hub area of sorts, with portals leading off to different servers and areas each with their own bespoke instance and players currently calling them home. As the name suggests, this is a chat platform, but one that has outgrown its namesake to become a living, breathing, ecosystem.

My first foray into VRChat was one fueled by curiosity, and I quickly found myself losing several evenings to seeking out new skins and spending hours in servers that reflected real life in a way that felt oddly poignant. I remember stepping into a virtual nightclub, spawning in a corridor where the music felt muffled and distant, slowly bursting into my eardrums as I stepped ever close to the dancefloor. Players were chatting beside a bar on the left, while a hot tub filled with a few others existed on the right atop a spiralling staircase platform. Before me was a massive space for busting a move and suggesting songs to the DJ – who was playing a mixture of their own music while embracing the changing mood of the server. 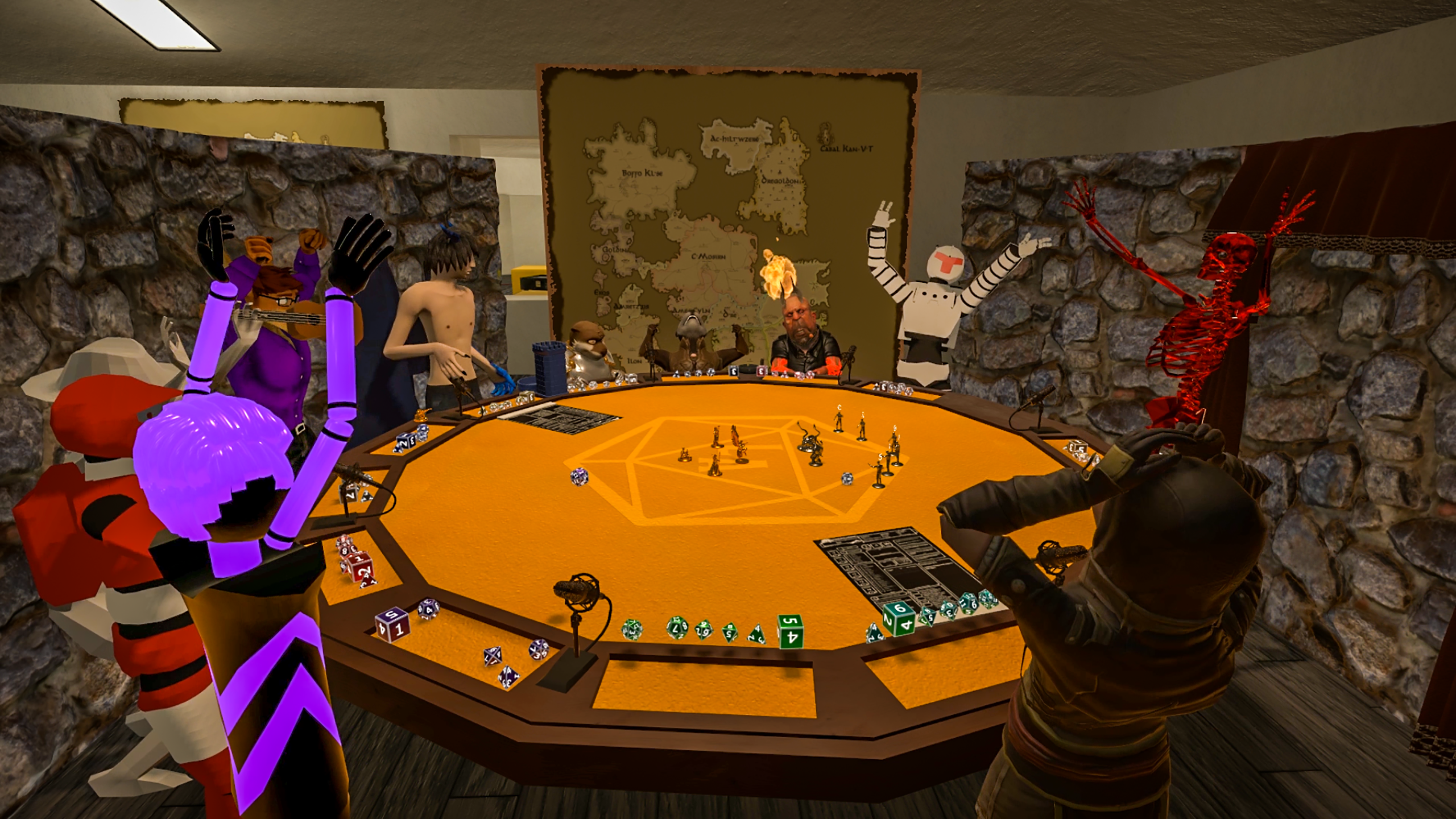 Even though it wasn’t, it felt like a real place as I approached people and found myself drawn into myriad conversations either talking about the game and its unique quirks or recalling events from reality. You can play VRChat either using a controller or with a headset, the latter allowing you to move your body in a semi-realistic way while interacting with other characters. This can lead to moments of unexpected emotion or intimacy, while the developers have also implemented relevant safeguards to ensure creeps can’t harass you or make others feel uncomfortable. There are still problematic moments, but the majority of experiences I’ve had in VRChat have been unexpectedly wholesome, although there no doubt exists spicier servers or fandom-specific spaces for those who wish for them.

Small concerts like this have now evolved into legitimate artists holding themed club nights on a regular basis, turning them into events with their own metaphysical presence that has regular attendees logging in with friends to lose themselves. It is a culture unto itself that much of the mainstream has largely ignored as major companies try to pitch the metaverse as this revolutionary new idea. Meta feels drained of imagination and achingly corporate, turning business meetings into a mixture of dead-eyed avatars staring at one another across a conference room table. In VRChat you can have the same meeting, but one of you is a vending machine and the other is a twinky catboy with rainbow-hair holding up the peace sign. That’s so much cooler, and it’s no surprise that VRChat has become a space for people who exist outside of societal norms to find themselves and grow more confident. 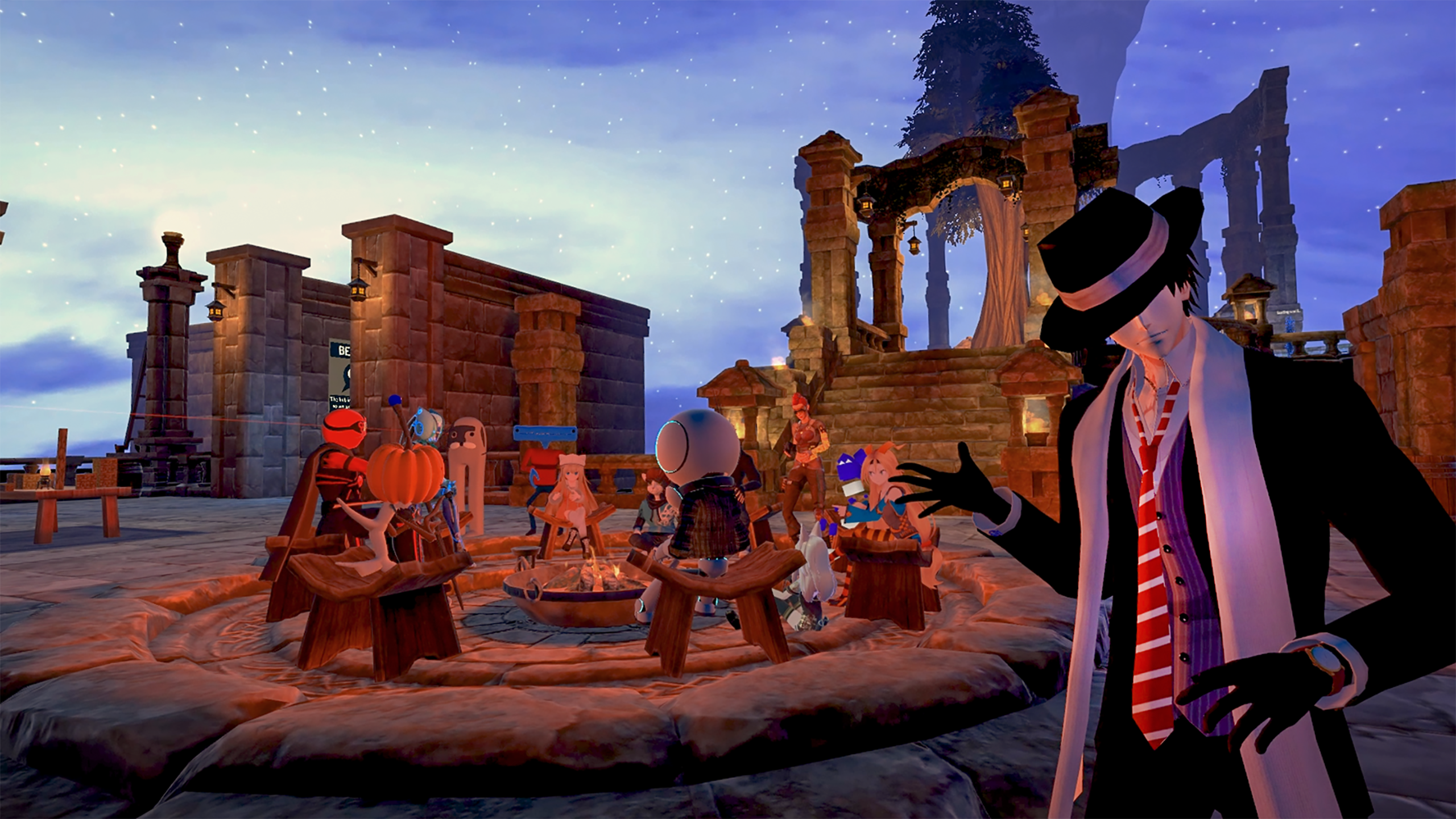 Artists like Porter Robinson and VTubers have championed the potential of VRChat when it comes to showcasing your desired identity online while interacting with your audience using an unparalleled level of interactivity. The pandemic has meant that concerts and in-person events have become increasingly rare, so jumping into a virtual world to experience the very same energy and excitement is a suitable replacement. It feels like the impact of such things has been quietly popular, passing by major companies who are either aware of its success and seek to replicate it or instead wish to avoid VRChat’s obvious influence because it is viewed as eccentric or unappealing to the average consumer. Sure it’s weird, but that’s the point. People are inherently weird, and embracing that uniqueness in online spaces through our own avatars and mannerisms is the way forward we should be embracing.

The metaverse being pitched to us by the big corporate powers points towards a future where human interaction will become a thing of the past. That’s a scary eventuality to consider, and I’m dead set against it, but that doesn’t mean technology like this can’t be used to enhance our lives when approached in the right ways. VRChat doesn’t entertain the profitability that comes from cryptocurrency or the blockchain, boiling this innovative new approach to online interaction down to its basic fundamentals. 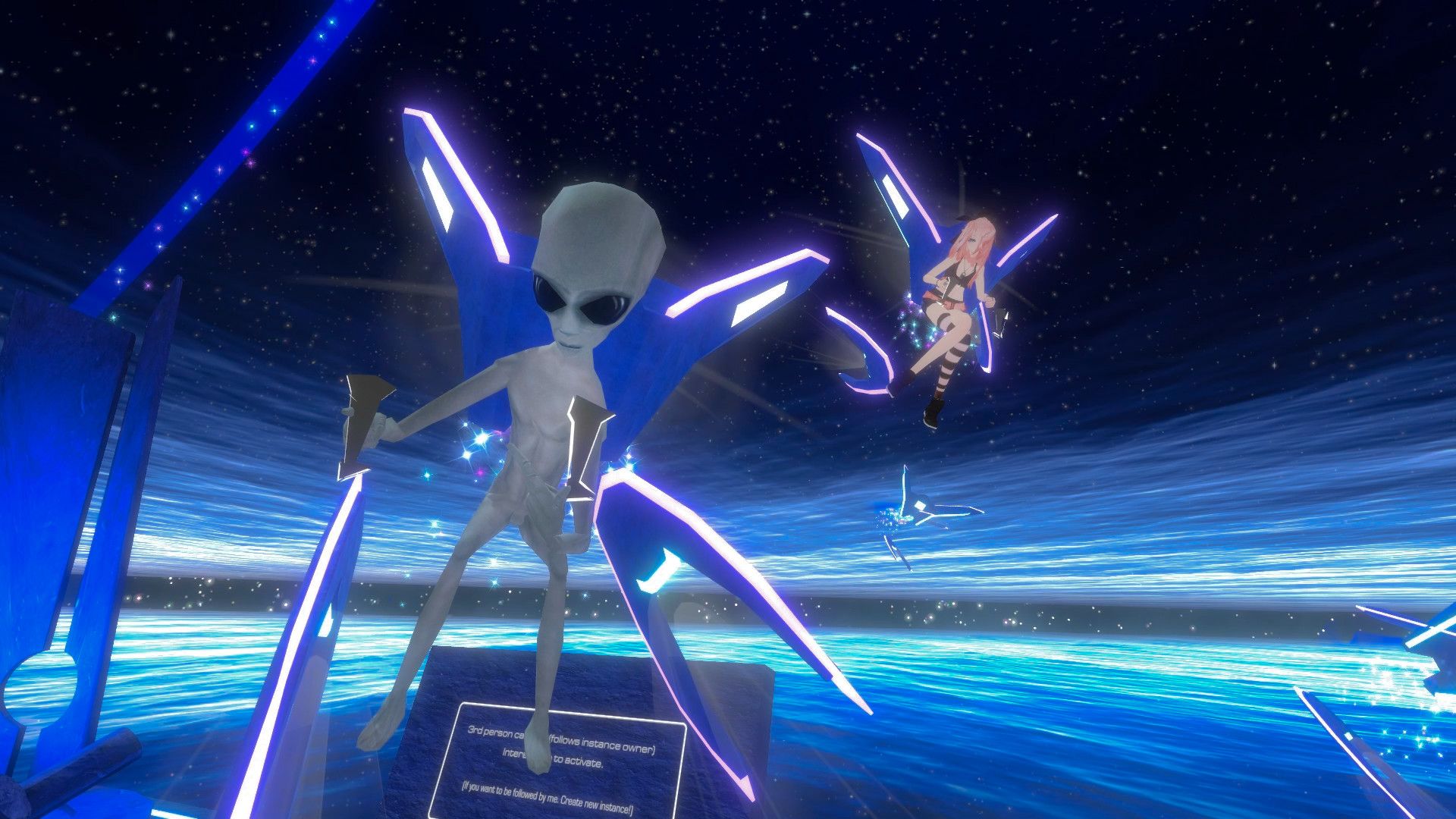 Your voice, your personality, your movements, and your desire to be yourself and grow more confident remain but are emphasised by contextual environments that can be as weird and wonderful as you want them to be. You can meet up with friends, approach strangers, and find yourself in a way that games have accommodated for years, only this time it occupies a new framework that we’re still learning so much about. I’m going to dive back into VRChat and report my findings, so watch this space to learn how it’s evolved and will continue to change in the years to come.