Intel today announced it will acquire SigOpt, a San Francisco-based startup developing a platform to optimize AI software models. Terms of the deal, which is expected to close this quarter, weren’t disclosed, but Intel says it plans to use SigOpt’s technologies across its hardware products to accelerate, amplify, and scale AI software tools for developers.

The acquisition comes as Intel responds to setbacks by doubling down on an AI silicon market it expects to be worth over $25 billion by 2024. Following a delay with its 10-nanometer processor hardware, Intel announced it would push back its 7-nanometer manufacturing process. In February, the company ended development on its Nervana AI model training technology after spending $2 billion acquiring chipmaker Habana Labs.

SigOpt focuses on the software side of AI and machine learning. After completing his Ph.D. at Cornell University, CEO Scott Clark developed the framework that would become SigOpt’s product while working at Yelp, where he used it to optimize models and A/B tests. In 2014, Scott founded SigOpt with CTO Patrick Hayes, who had worked as a software engineer at BlackBerry, Foursquare, Bloomberg, and Facebook. The duo launched the company with the idea of bringing the technology to other fields. 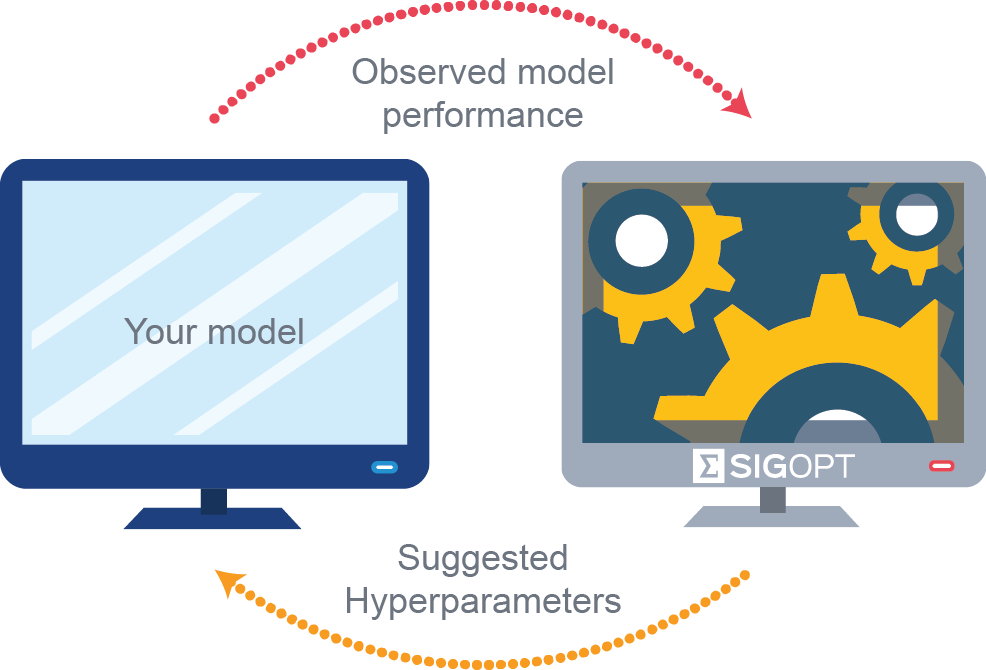 With a few lines of code, teams can embed SigOpt into workflows, regardless of the type of AI platform, model management solution, cloud infrastructure, client library, or model type. Tapping a library that can create up to tens of thousands of concurrent experiments, SigOpt helps parametize models and run optimization loops, tracking experiment metadata and providing visualizations in a web insights dashboard.

SigOpt claims to have worked with “leading” algorithmic traders and government organizations, as well as academic users like MIT; the University of California, Berkeley; Carnegie Mellon; and Stanford. The startup raised a total of $8.7 million in venture capital from investors that include Andreesen Horowitz, SV Angel, U.S intelligence agency affiliate In-Q-Tel, and Blumberg Capital.

Intel recently reported that its AI solutions drive “meaningful revenue” — totaling over $3.8 billion in 2019. In May, the company announced its global investment organization Intel Capital had committed a total of $132 million to 11 startups focused on AI translation services, health care automation, big data analytics, and chipset design. Intel Capital claims it is on track to invest between $300 million and $500 million in startups specializing in AI, with a particular focus on intelligent edge devices and network transformation.